“…objects are important not because they are evident and physically constrain or enable but often precisely because we do not ‘see’ them. The less we are aware of them the more powerfully they can determine our expectations by setting the scene and insuring normative behaviour, without being open to challenge.” – Materiality, Daniel Miller

As part of the Edinburgh Fringe 2018, My installation GYRE was exhibited at Reuse, Reinvent, Reimagine an exhibition at Gallery 23, Edinburgh. The group exhibition included 10 artists based in Scotland whose work engages with the pressing environmental issues we face today. 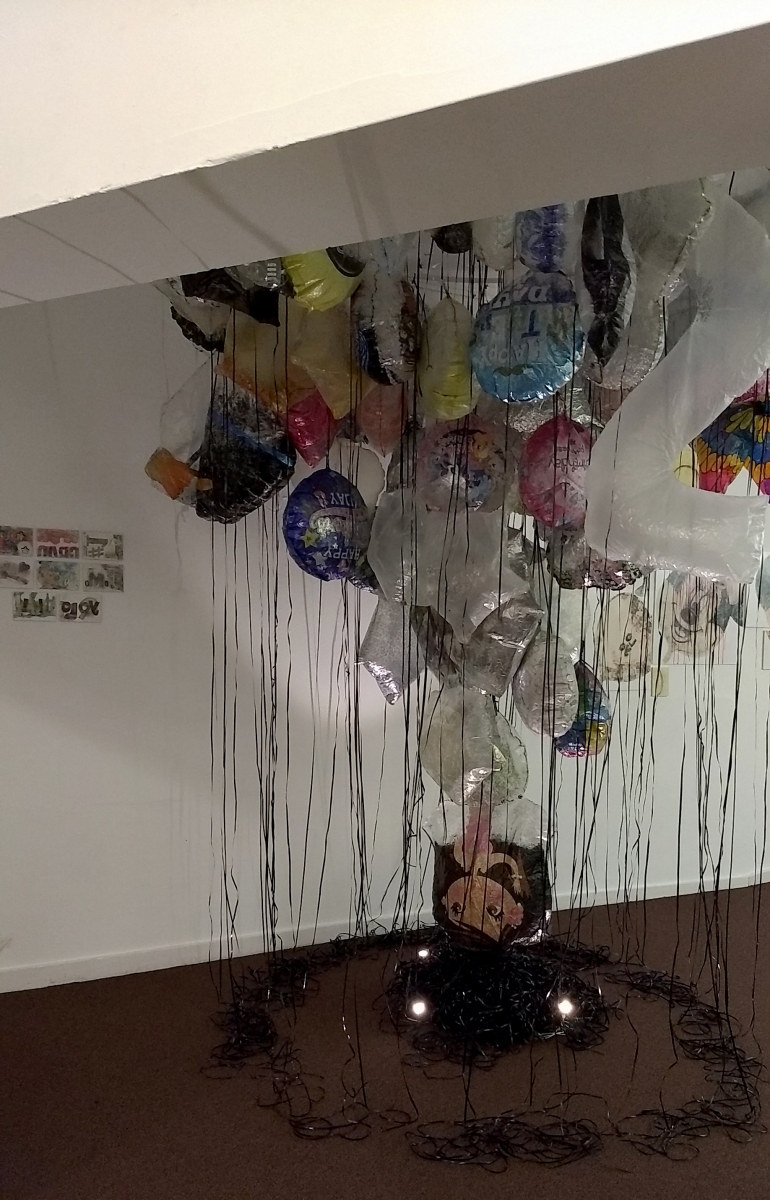 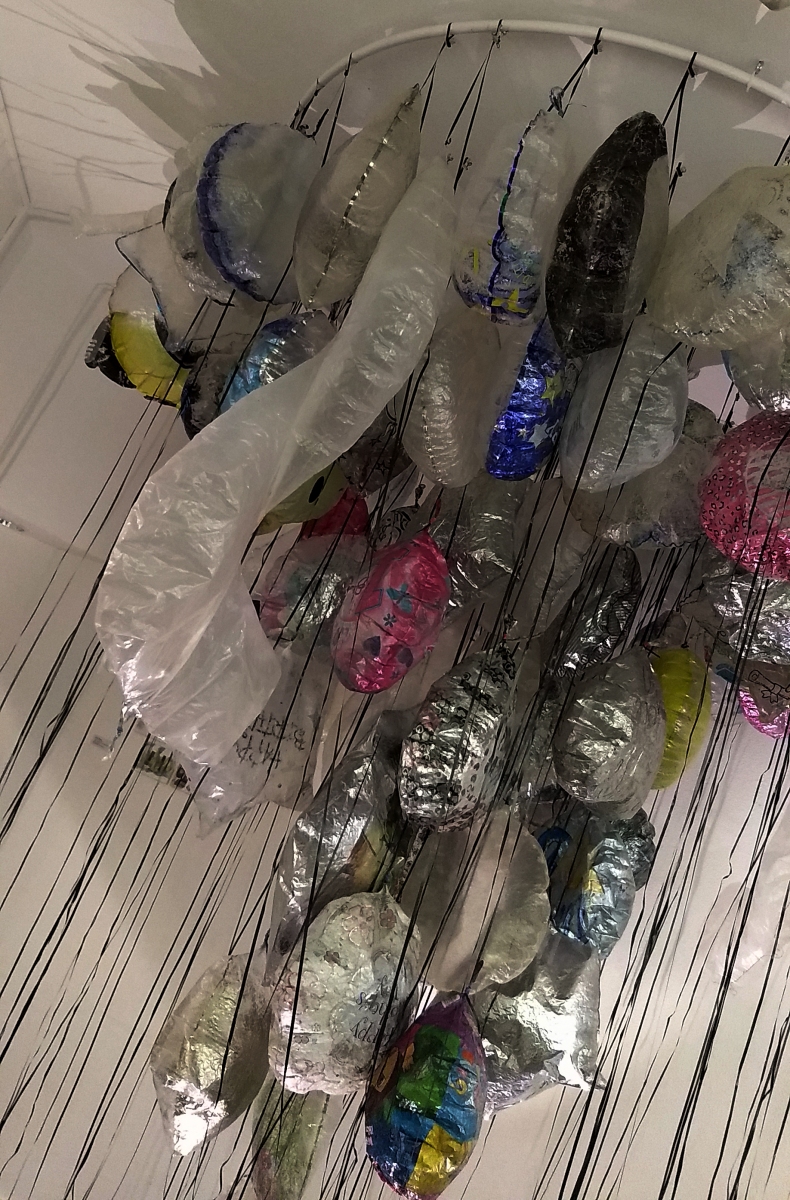 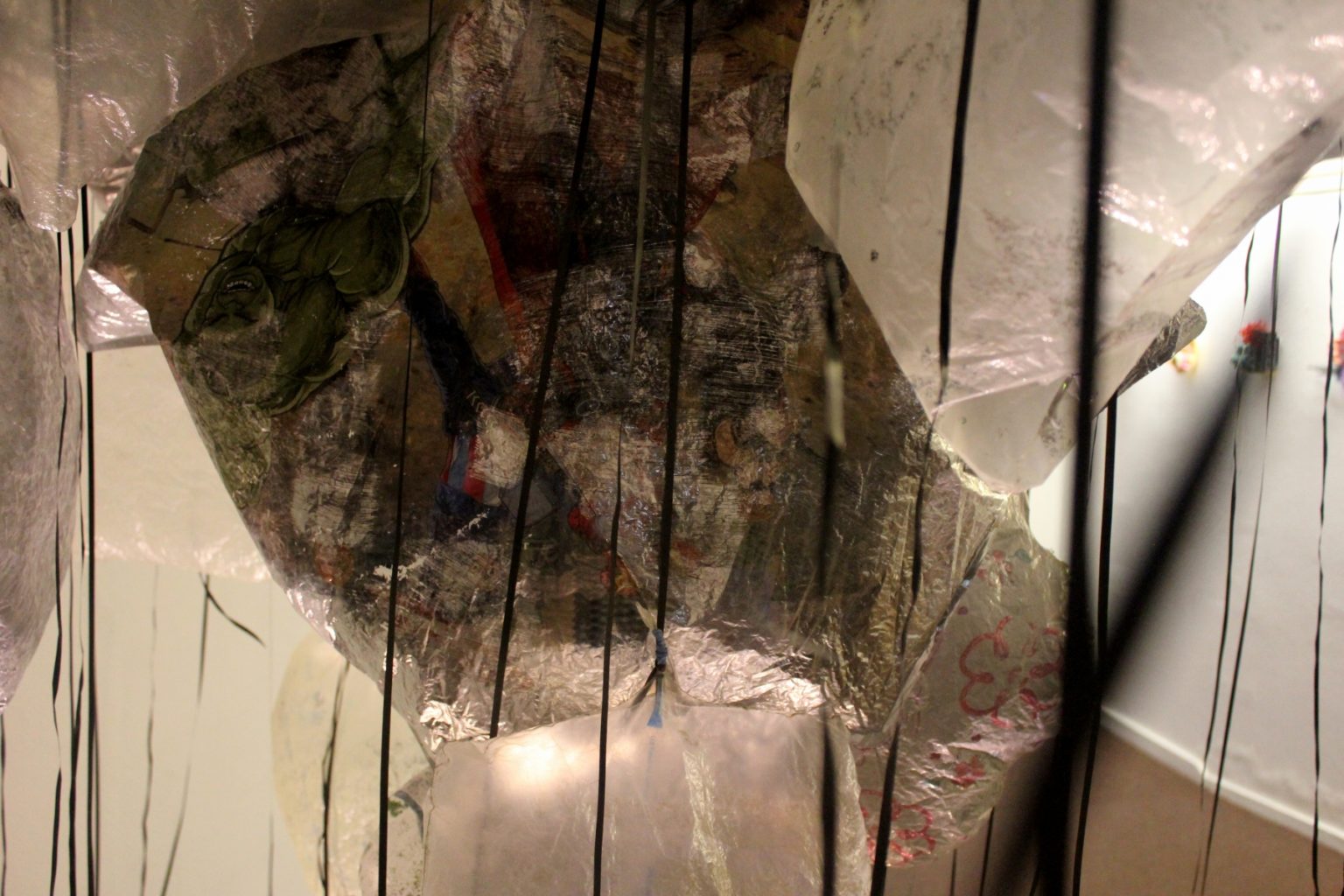 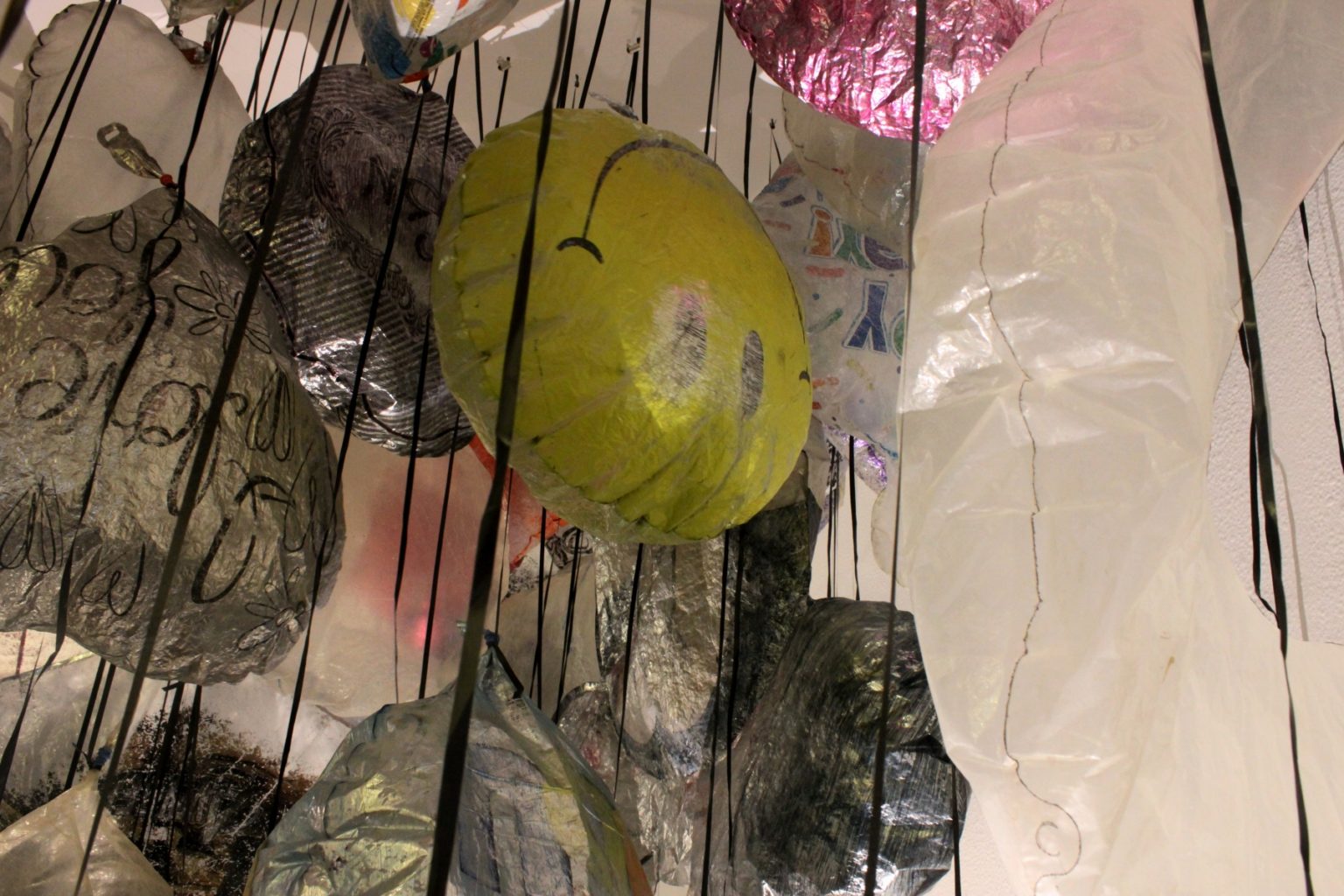 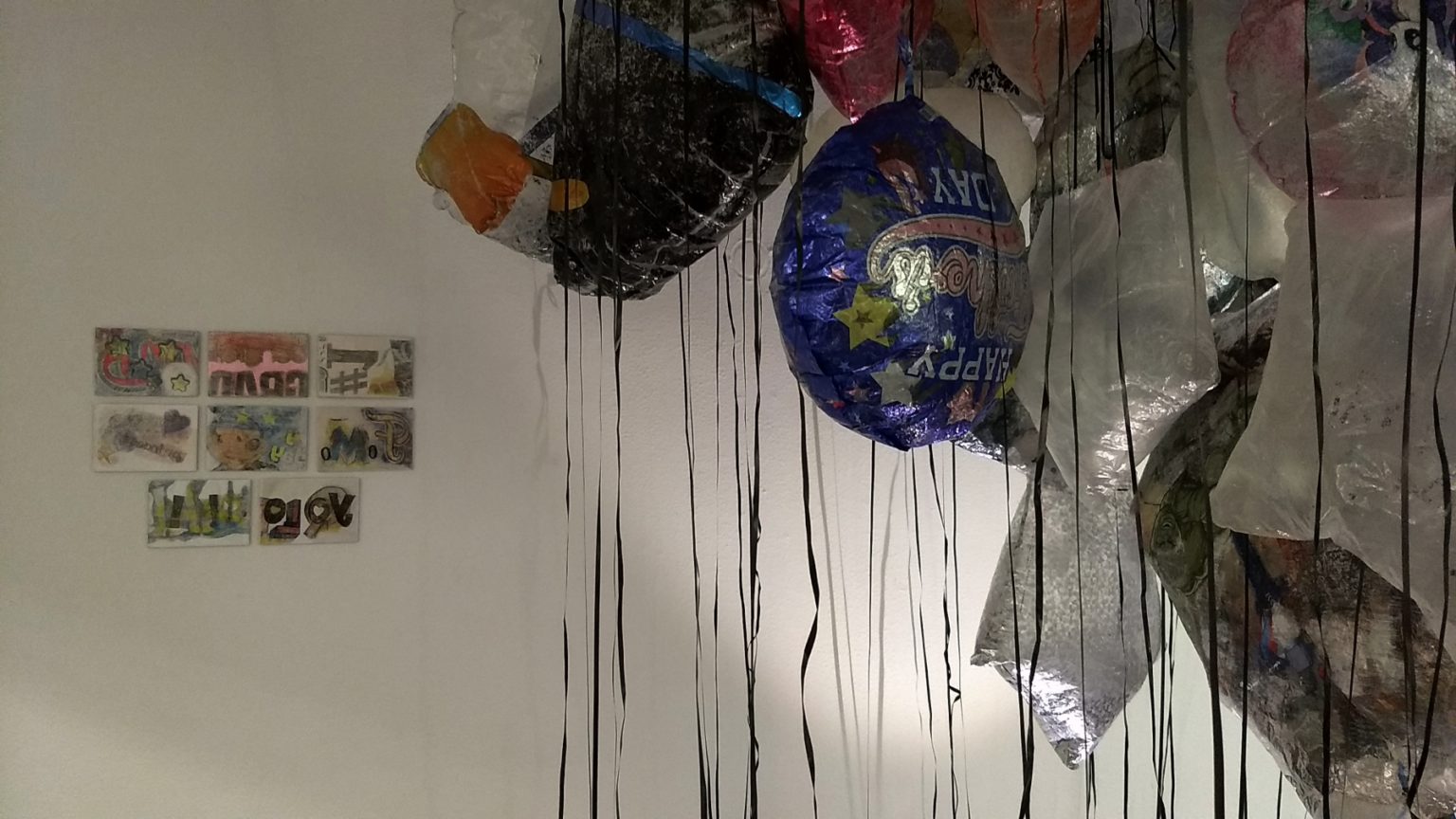 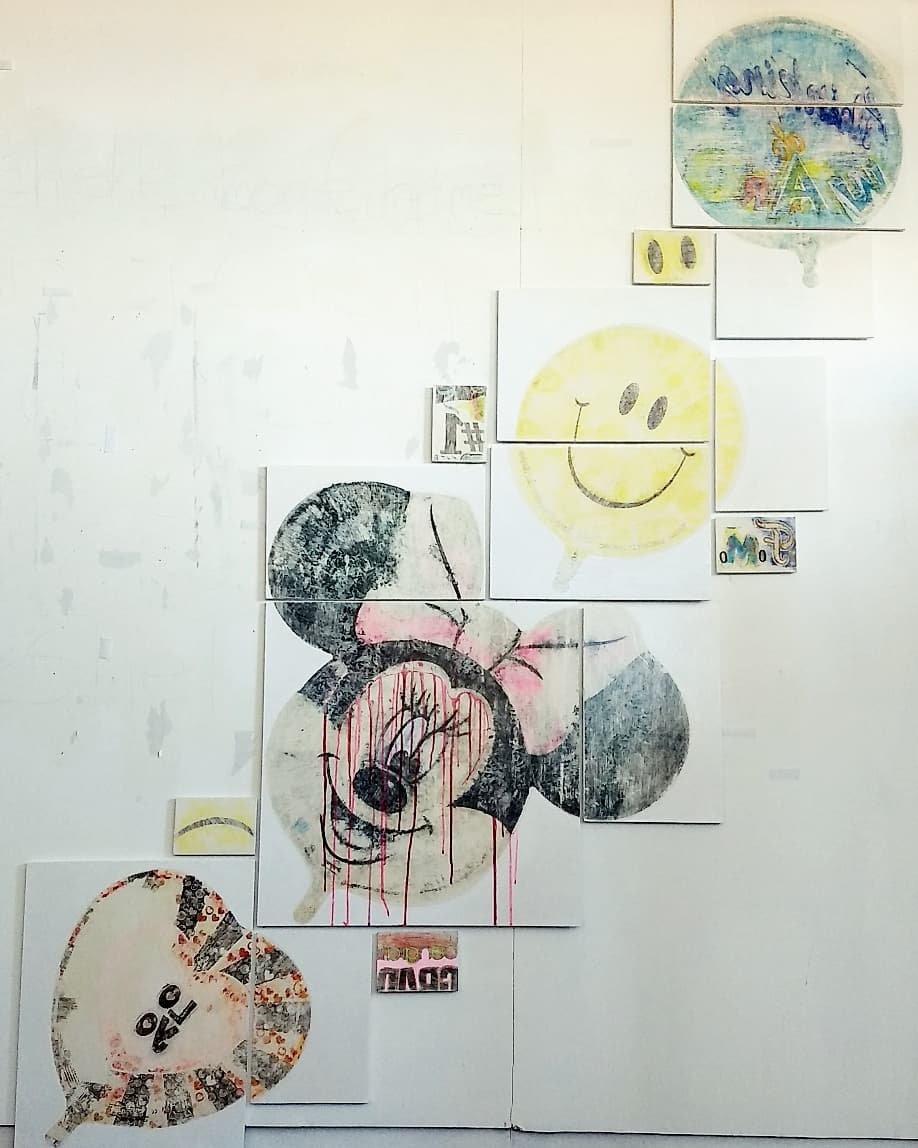 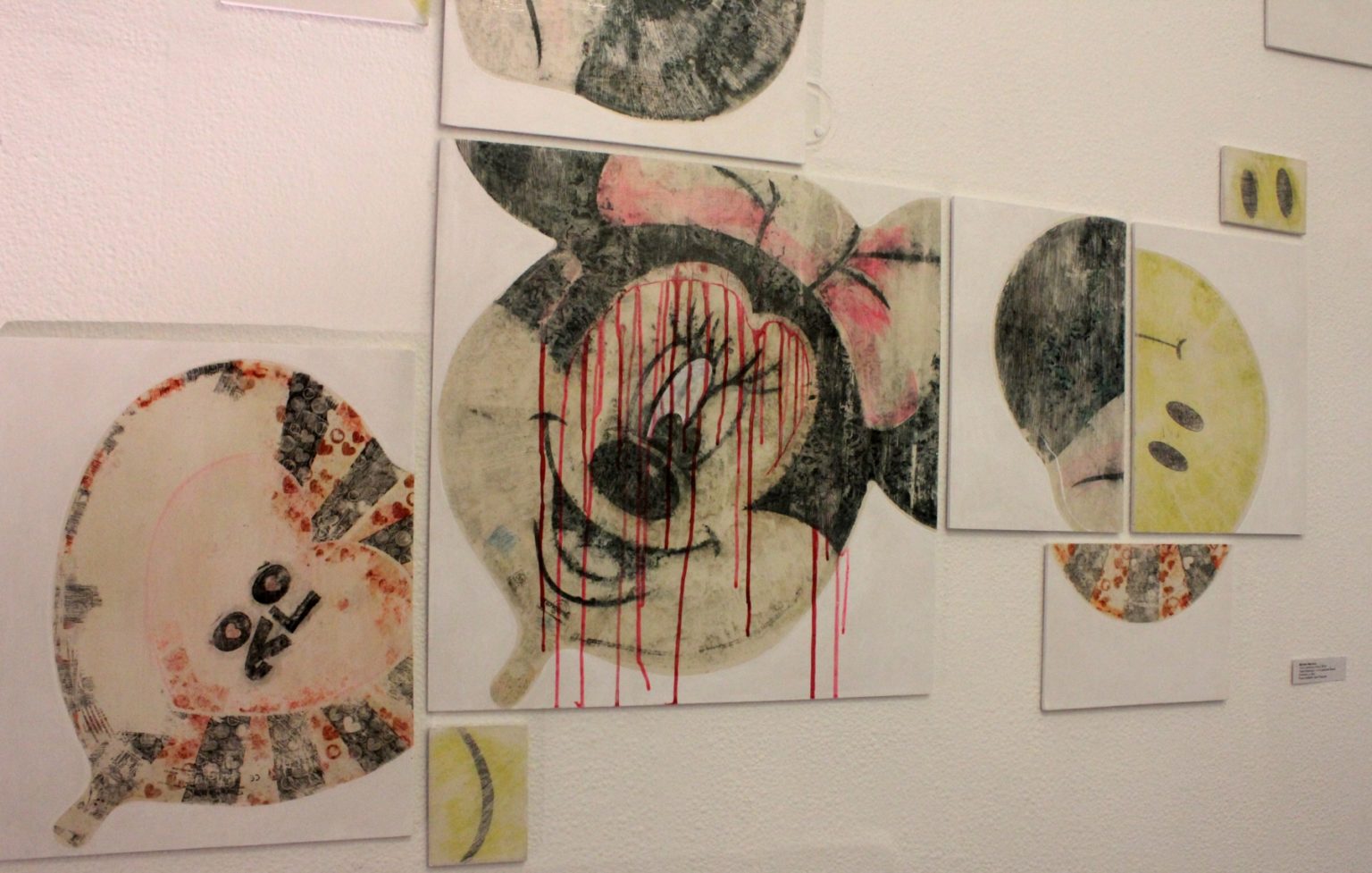 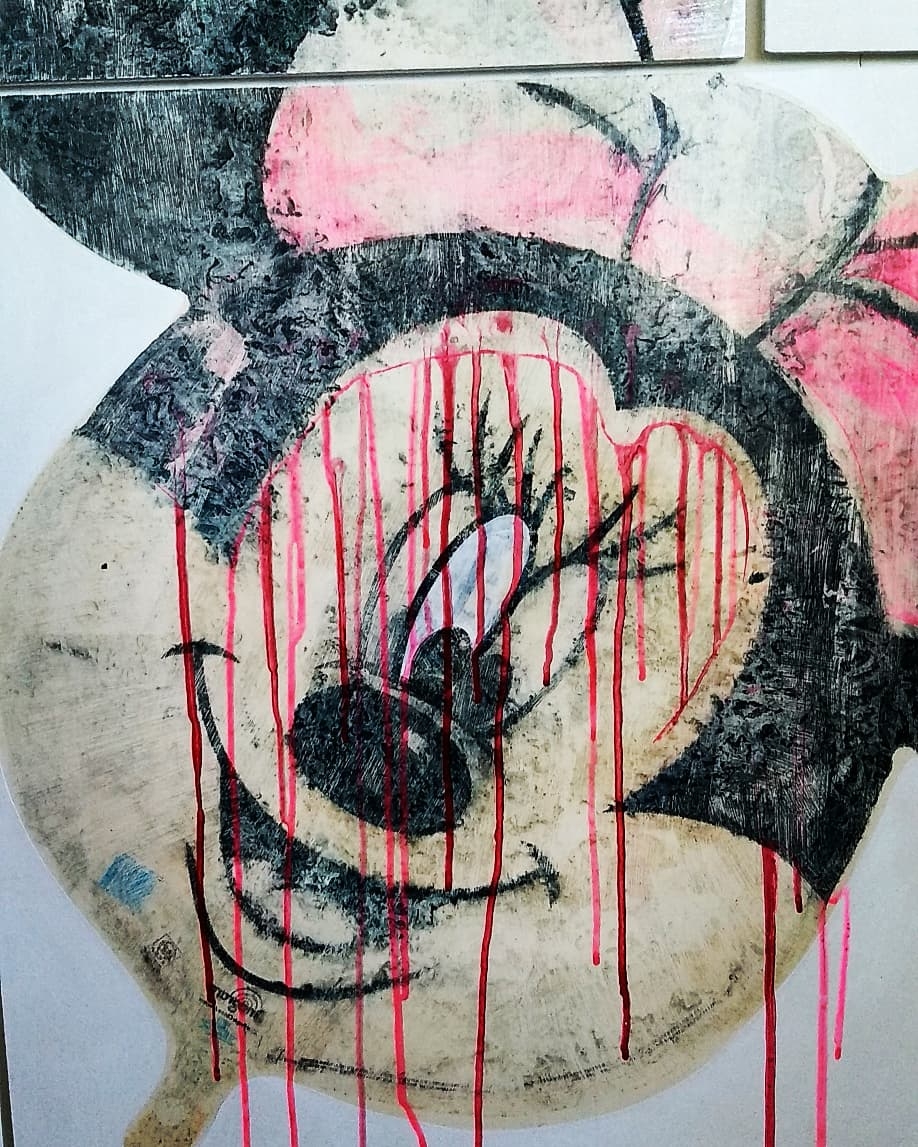 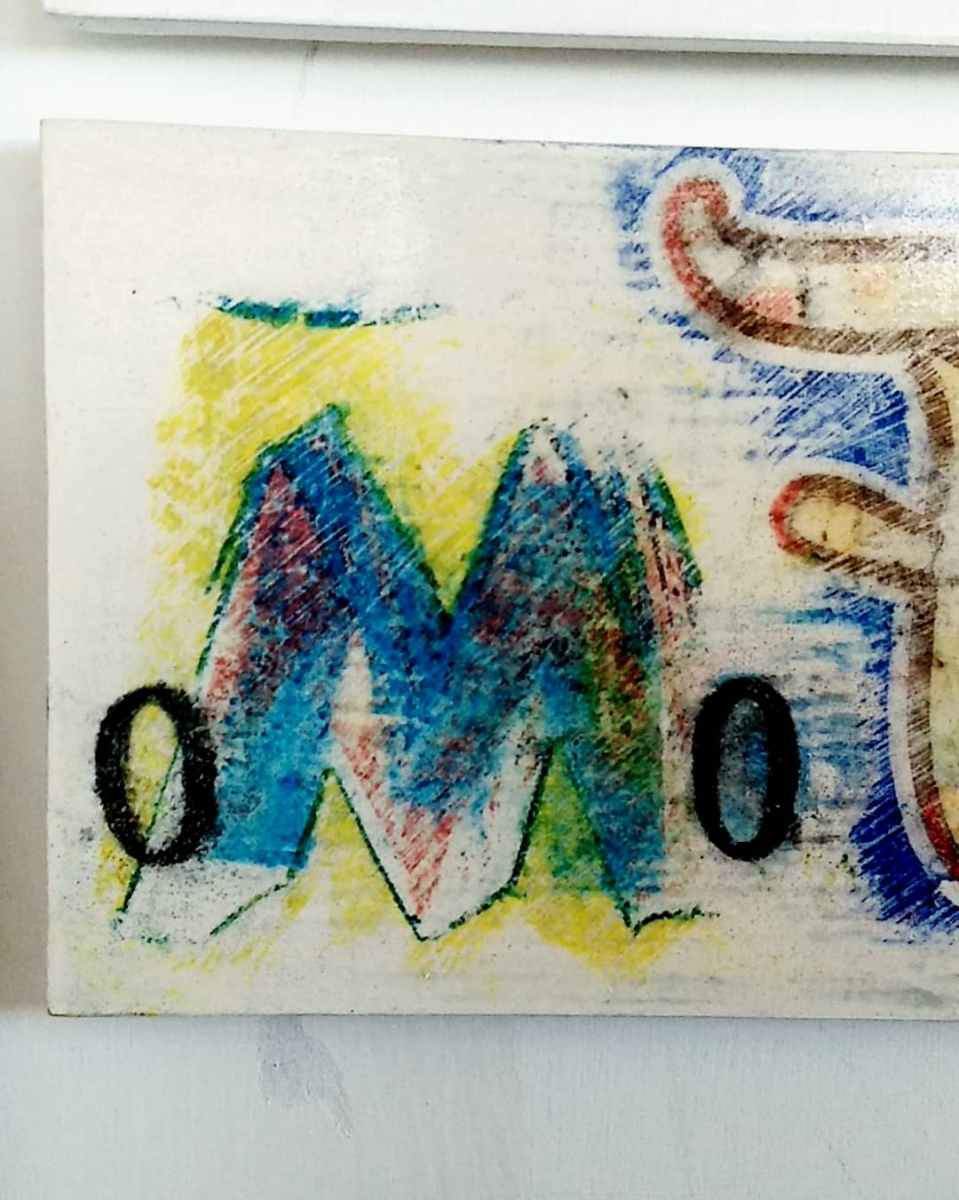 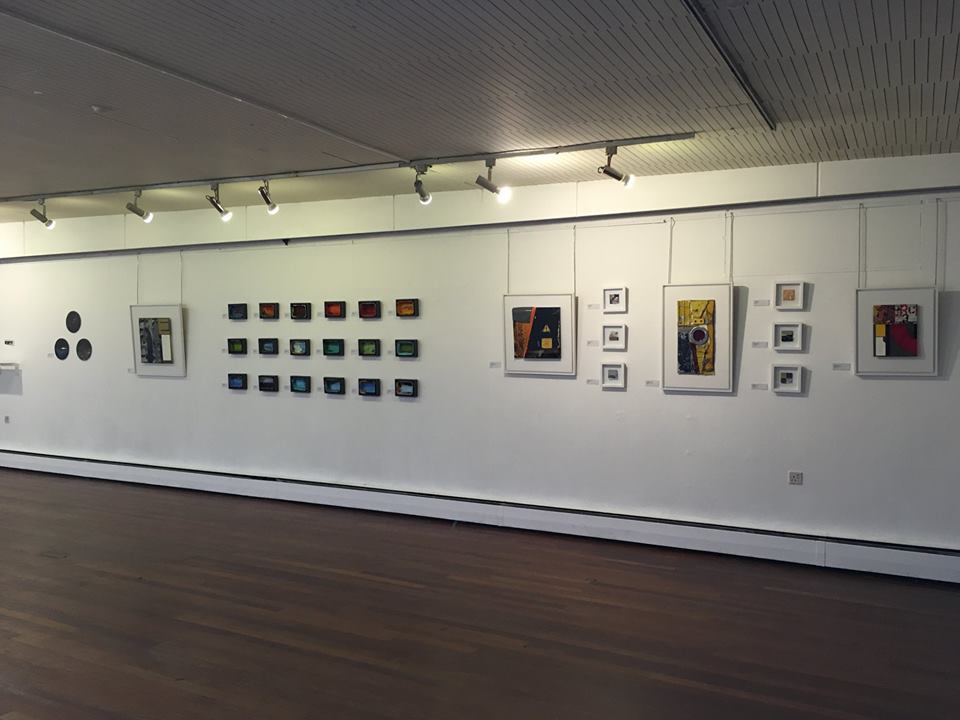 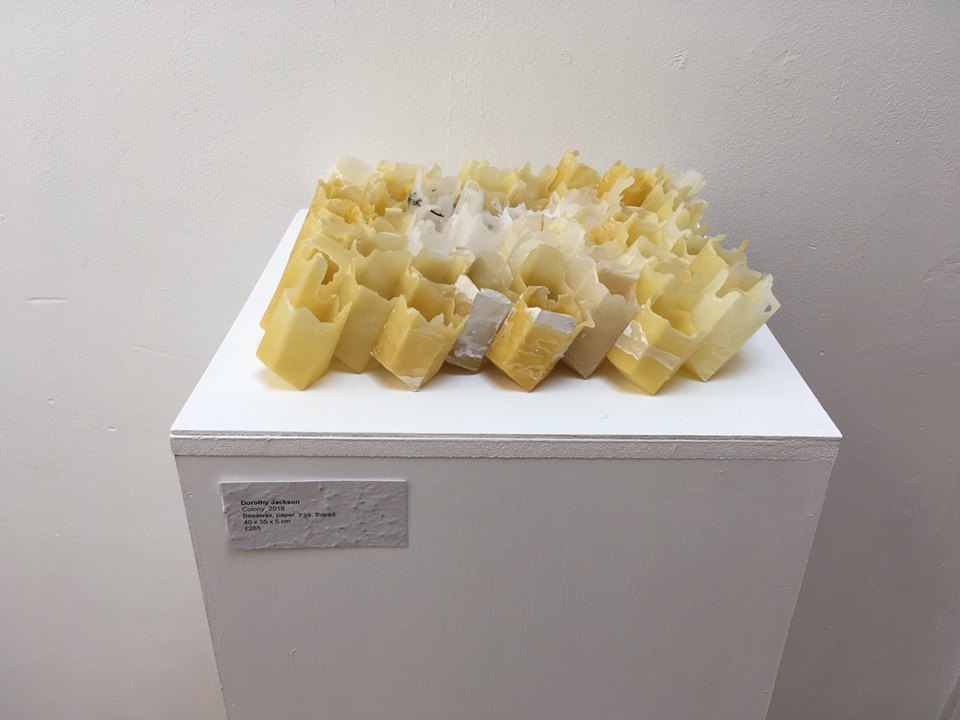 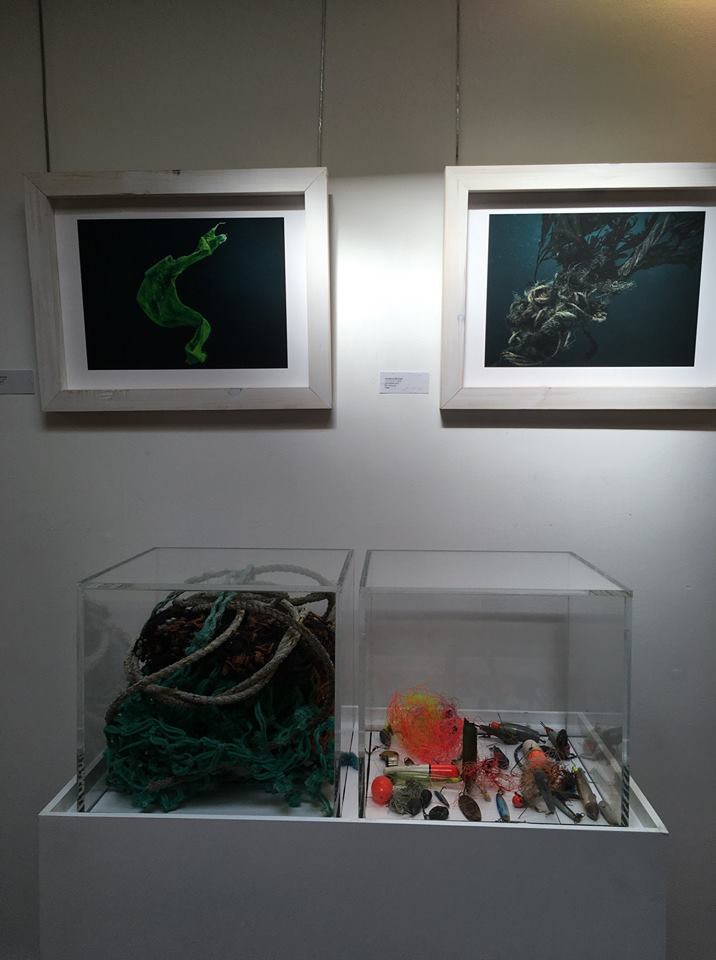 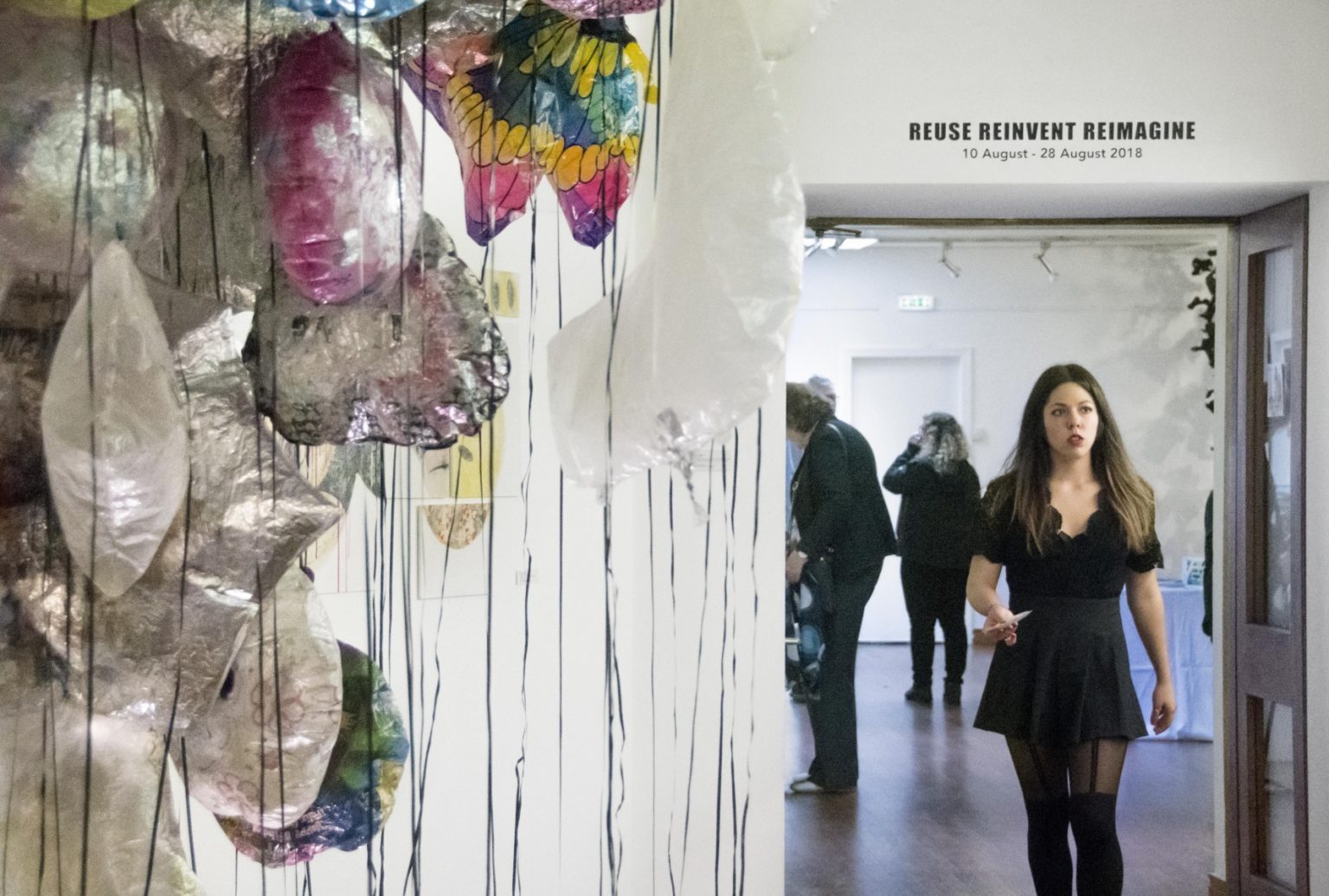 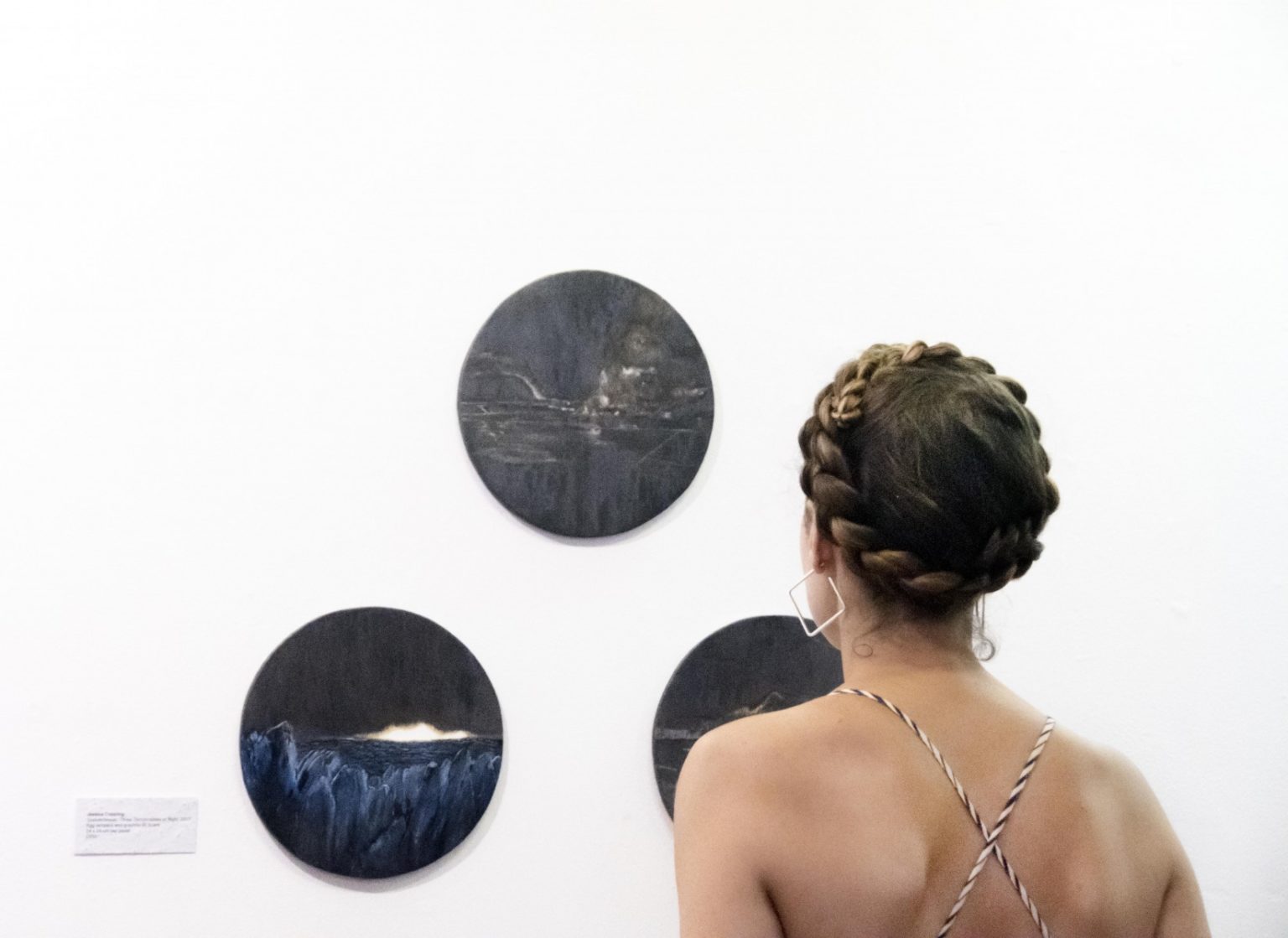 GYRE, The piece I created for Reuse, Reinvent Reimagine started with the beachcombing ; the process of acquiring junk from an isolated open ocean beach on Block Island, Rhode Island where I have walked for many years. It’s hot and empty and wild a place that day trippers and family beach parties ignore.   Though people are far away, the arc of our existence is everywhere described by a million pointless objects that are now detritus.

GYRE was constructed from marine plastic (PET plastic balloons) I found over a period of years on Block Island. In that time I have amassed hundreds that were found wrapped around boulders, accumulated in masses like seaweed.  Tied to our rituals of celebration and commemoration, these balloons become malignant when discarded; the dead junk of our ever expanding consumer society.

As part of the installation, I also created transfer drawings of the balloons using a process pioneered by American artist Robert Rauschenberg. Three works, YOLO (thinking of war), FOMO Graffiti and Basket of Deplorables employs inverted text and images from the balloons to create mementos of our collective amnesia.